The president of the World Jewish Congress (WJC), Ronald S. Lauder, called on Hungary to stop the unveiling of a statue in honor of a Horthy-era government minister funded in large part by a grant from the Hungarian government. The life-size bronze statue honoring Bálint Hóman is to be unveiled this month in the city of Székesfehérvár by a private foundation. 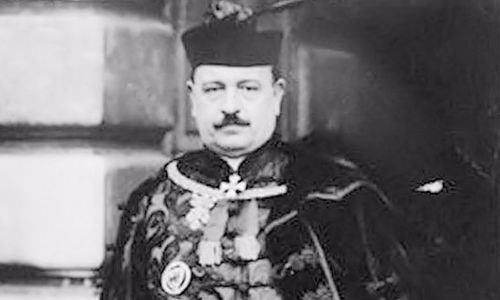 “It is quite outrageous that the Hungarian taxpayer should fund a monument for a man who was not only an anti-Semite, a key figure in the persecution of Hungarian Jews before and during World War II and a supporter of Nazi Germany and the fascist Arrow Cross regime in 1944, but who also remained unrepentant until his death,” Lauder said.

The WJC president called the statue an “affront to the many Hungarian victims of the Holocaust” and urged the Hungarian government to withdraw the funding for the statue. “Today, I call on Prime Minister Viktor Orbán to intervene in this matter and to ensure that this statue is not built with public funds. If this happens, Hungary would send out the wrong message on how to deal with sensitive issues such as the Holocaust,” Lauder declared.

From 1931, Bálint Hóman served as a minister in several Hungarian governments and played a significant role in the drafting of anti-Jewish laws adopted in Hungary during the late 1930s.

The Székesfehérvár foundation said it wants to erect the statue to honor Hóman’s academic achievements. Hóman (1885-1951) is best known as the co-author of an eight-volume history of Hungary published between 1938 and 1941.

LinkedIn Ads For Beginners: How To Run Your First Campaign In 2021