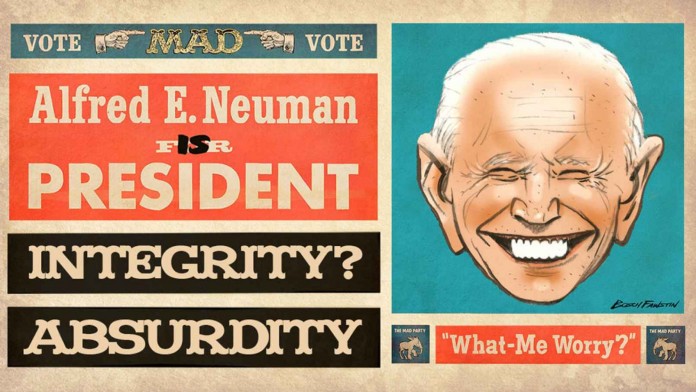 Government institutions are in the business of making things worse in order to collect more money to make them better. We declared war on poverty and impoverished ourselves. After promising to fix homelessness, the streets are covered in needles and human waste.

Nowhere is this truer than in education. 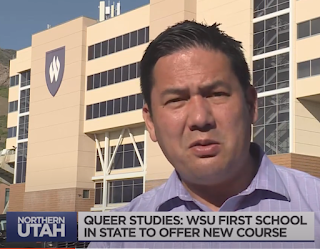 Good thing the education market is set to hit almost $2 trillion by 2025. At 10% of GDP, we will spend far more than China (4% of GDP) with much worse outcomes to show for it. But Educrats will claim that if we only spent 25% of our GDP, Johnny would finally be able to read. All that’s holding him back is that Chicago public school teachers with an MA only make $89,083.

The American Federation of Teachers put out a study claiming that funding levels should cause New York school districts to “perform well above average on national fourth and eighth grade math and reading exams.” They did not. And no matter how much money is wasted, they never will. You can’t buy literacy with subsidies for a broken education system. At any level.

Ever since Bill Clinton told working class people that manufacturing jobs weren’t coming back, so they all better go to college and learn to write lesbian feminist poetry, the number of college enrollees and graduates has shot up. So have their illiteracy rates.

1 in 3 American adults with a job and a BA lack minimum skills in ‘numeracy’ and 1 in 5 “lacks minimum skills in literacy”. The college grads with the highest literacy and numeracy rates worked in engineering, math and science and the lowest worked in Dr. Jill Biden’s noble calling of education. Those who can’t learn are tasked with teaching so no one else will know anything.

A recent Gallup survey found that college graduates now read six fewer books than in 2002 or even 2016. Those numbers were just another swoosh on the long downhill slide of academia. The Department of Education’s own literacy survey had found that prose proficiency among college graduates had dropped from 40% in 1992 to 31% in 2003.

The number of college graduates increased from 27% in 2005 to 32% in 2019. Are we any smarter for it? Current numbers suggest that “half of U.S. adults, aged 16 to 74 years old — 54% or 130 million people — lack literacy proficiency” while “the average American reads at the 7th- to 8th-grade level”. College for everyone is only making everyone dumber.

“40% to 60% of first-year college students need remediation in English, math, or both” at a cost of $7 billion. In California community colleges, 80% of students go into remediation. Even with remediation, they’re much less likely to graduate. Students who were promoted through a failed public school system get to college only to discover that they’re not actually ready for college.

One story describes a student named Latasha Gandy responding to a placement test showing she needed remedial classes by asking, “How is that possible that I’m not ready for college when I graduated with a 4.2 GPA?”

In response to the cries of racism, universities are jettisoning remedial classes. California State Universities dumped theirs, putting more pressure on adjuncts to pass illiterate students. That fits into the larger destandardization movement of getting rid of grades, expectations and tests. Hiding standards makes it a little less obvious how worthless the entire educational system is.

If you can’t see the numbers, you can pretend that they aren’t there.

Biden’s illegal trillion dollar bailout shows that the real customer of the educational industry is the government. And what the government wants are woke illiterates who know party dogma but can’t make their way through a simple sentence or handle cash register addition.

Free college is worth every penny.

Education is about everything except basic skills and competencies. A college degree is a mark of cultural affiliation, a badge of political allegiance and a warning sign of basic illiteracy. The institutions of higher education are employment agencies for political activists, think tanks for leftist sand castle wonks, and community organizing centers for the next generation of rioters.

Like their former Soviet counterparts, their only real subject is party dogma which is dumbed down to a level that even the dimmest dolt can repeat back for a passing grade. Much as Marxism-Leninism pervaded every subject at a Soviet university, wokeness has spread from the social sciences and humanities into actual science, from engineering to medicine.

Biden’s trillion dollar student loan bailout services his base constituency at the expense of the country, but the educational system long ago sold out the country for political radicalism. When it comes to learning competencies and skills, any functional first world country leaves us in the dust. But that’s not what our education system is for. Educrats assert that education is for conveying societal “values”, teaching “tolerance” and promoting “activism on issues such as racism and climate change”. It doesn’t matter if Johnny can’t read: it’s best if he never does.

Reading enables the literate to compare sources, analyze language and find their own answers. Math skills offer independence and the ability to understand where the tax money is going. Neither are desirable competencies in the United States of Woke where ideas are best conveyed in TikTok videos by influencers and in the classroom through oral invective.

The idiot machine of education is doing exactly what it’s supposed to, making idiots, at a premium price, most of which goes to various elements of the leftist machine from unions to consultants to academics to publishers to the politicians they all subsidize with their donations.

And the politicians send our money back to them.

American education isn’t broken because a $1.4 trillion educational industry employing millions can’t figure out how to convey the basic skills that 17-year-old girls teaching in frontier one-room schoolhouses were able to a century ago. Even a dunce like Dr. Jill Biden, never mind somewhat smarter educators, would be capable of teaching basic skills to first graders.

They’re choosing not to because they’re working on pulling off a much more challenging feat.

Anyone can teach basic skills, it takes a lot more work not to teach them, and to poison the well and salt the earth so that students never learn anything and are ready, overnight, to believe that the founders of the country were evil monsters or that women don’t exist. Call it anti-teaching.

Anti-teaching is much more expensive because it requires spending enormous amounts of effort distracting parents, other educators, the electorate and various relevant organizations from the reality that students aren’t learning anything except that fat shaming and the constitution are evil. All sorts of destructive stunts, racism, school shutdowns, common core, virtual learning, attacks on standardized testing, and graphic sexual materials are used to divert their attention. 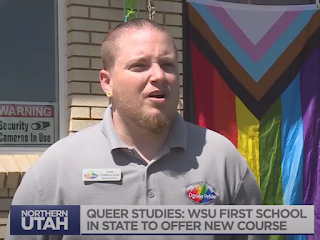 And our educational system, the worst outside of Somalia, does it year after year. Property taxes are raised, lotteries are gamed and all sorts of revenue is hijacked with promises that another $1,000 per pupil, more benefits for teachers or free college will finally fix things.

So the suckers never figure out that the game isn’t fixing education: it’s destroying it.

We could spend a million dollars per student and the illiteracy rate would be far worse. Every classroom could be made out of solid gold and every man, woman or child could be gifted with a free pass to Harvard, Yale or the Fashion Institute of Twin Falls, Idaho with even more catastrophic outcomes for a functional society and adults capable of adding 2 + 2

Biden’s trillion-dollar bailout for the idiot machine.is a forced contribution by taxpayers to the grand scheme of indoctrinating foot soldiers for the leftist revolutions tearing apart the country.

It’s not about the money, it’s about destroying America.

{Reposted from the author’s blog}

Are These Jewish Passover Games Legit or Pandering?!